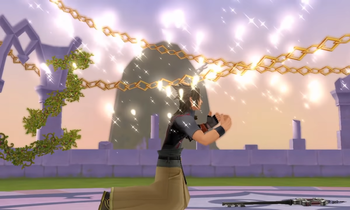 In the end of his regret, Eraqus turns into glimmering light.
Advertisement: