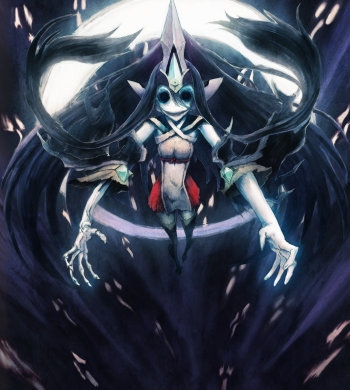 "What I crave is the death of all...Fair and equal."

"Wait...did this nightmare fuel used to be...HUMAN...?!"
—Ragna, during his encounter with Arakune in Calamity Trigger Reloaded

Ragna wasn't kidding. While BlazBlue isn't the Trope Namer, that doesn't stop it from having a disproportionate number of scary moments.