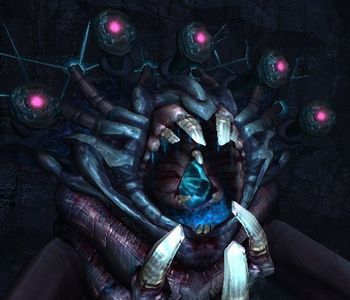 From the graphic death of Crocomire to the game over screens of Prime, Echoes and Corruption, the Metroid series sometimes goes beyond the call of scary.

The following examples have their own pages: