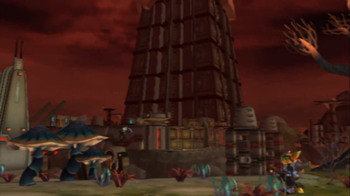 Just like Spyro the Dragon, Ratchet & Clank also tends to have some scary moments and enemies thrown in for good measure.