Nightmare Fuel / The Legend of Zelda: A Link to the Past 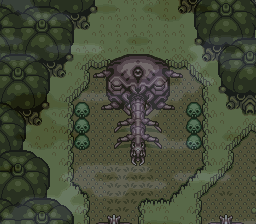 Ahh! Kill It with Fire! note  Literally. The only way to go inside is to burn the mouth with the Fire Rod.