Comic Book / The Legend of Zelda: A Link to the Past 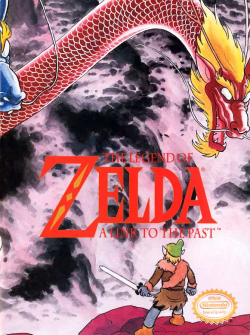 A serial comic for Nintendo Power magazine by the acclaimed manga author Shotaro Ishinomori, and later collected in graphic novel form, this told an alternate version of the events from The Legend of Zelda: A Link to the Past. Despite the involvement of Japanese talent, it was produced for a North American audience, and is not considered to be a Manga. It was translated into Japanese afterwards. In fact, the Japanese edition is still printed in left-to-right format, has horizontally formatted left-to-right text, and the original English sound effects are left untranslated.

See also The Legend of Zelda manga, which includes other adaptations of A Link to the Past; and The Legend of Zelda comics by Valiant, which were also made specifically for an American audience. For the Mario Bros. comic which ran concurrently with this one, see Super Mario Adventures.