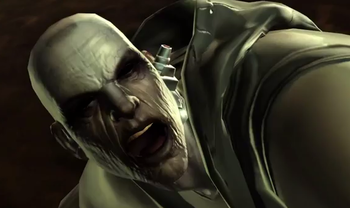 You really don't want to contract the Rakghoul Virus.