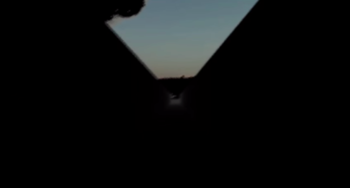 There was a little toolshed where he made us suffer, sad Satan.

Sad Satan isn't known for being a game, it's the story behind the game that's made it so infamous.

It was first discovered by Obscure Horror Corner, a silent Let's Player of, you guessed it, obscure horror games. He claimed it was sent to him by an anonymous user on The Deep Web called "ZK". With his playthrough, OHC provided a link to the game that turned out to be invalid. He revealed it was because the game contained child pornography and actual snuff, and he didn't want to publicize an illegal game so he let's played a heavily modified version instead. Then a person claiming to be ZK appeared on 4chan and called OHC a coward for censoring the game, linking to the "true" version of Sad Satan. It was riddled with the real-life grotesque content OHC warned of, as well as computer-destroying viruses.

Now there are countless versions of the game, some harmless like the version OHC played, others illegal and dangerous to your computer like the "true" version, and the rest in the middle. Several websites and YouTubers, most notably Kotaku, PewDiePie, and SomeOrdinaryGamers, further publicized the game and helped turn it into the legend it is. Many people theorize ZK and OHC are the same person and it was all a Publicity Stunt to popularize OHC and make a legend. Regardless, it worked, and Sad Satan has the reputation as The Most Dangerous Video Game of recent memory.

All of this backstory, and the game itself is just a senseless, surreal trek down a series of dark, nightmarish corridors.