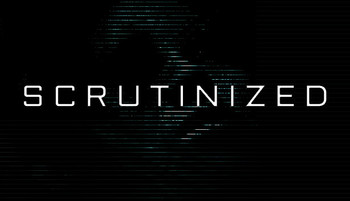 A Spiritual Successor to the Welcome to the Game saga, Scrutinized is all about searching the internet while passively defending your house from home invaders. Instead of scouring The Deep Web for Red Room links, the player is doing background checks on crime suspects and judging if they're guilty or not. This is all in the hope that the protagonist, Luna Youngman, finds the identity of the Blueblood Killer.