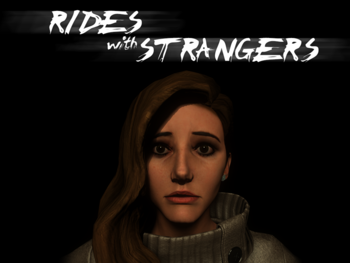 Rides With Strangers is an upcoming horror game by Reflect Studios, who also developed Welcome to the Game and its sequel, on the Unity engine. It was funded

on Kickstarter on February 12th, 2016. The Kickstarter materials included a fully playable demo.

You play as Elora, who is on her way home to see her dying mother. Unfortunately, her car breaks down in the middle of the road and there's no one around to help her. To reach her destination, she must hitchhike with complete strangers. However, you have to be careful. You don't know what kind of person you may be with.

Rides With Strangers includes examples of: