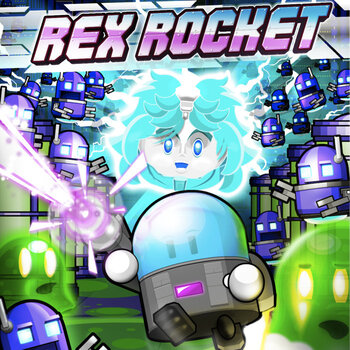 Rexford/Rexanna Rocket is a war veteran turned spaceship captain who spends his/her days ferrying scientists across the galaxy in his/her spaceship, the S.S. Montana. Their newest mission is to transport a species of bio-engineered Blob Monsters called Terra-Oozlings to an uninhabited planet across the galaxy.

However, while everyone is in hyper-sleep, the Terra-Oozlings escape containment and get into everything, including the ship's A.I., making it go insane. Now Rex and his/her crew need to stop the computer and save the day.