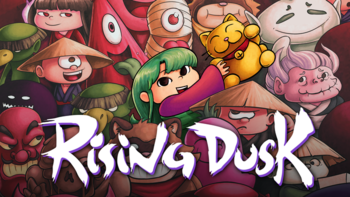 When the sun sets, the mysterious realm of the Yōkai appears. A young girl, Tamako, accidentally wanders into this world and must make her way to the mysterious mountain peak that wasn't there before to return.

The main feature of the game is its focus on "anti-coin collecting." Depending on how many coins you have, numbered blocks and other parts of the environment change, either breaking when Tamako touches them, becoming solid, or something else. Complicating things are all the yokai creatures that you need to either avoid or manipulate in order to reach each stage's goal.