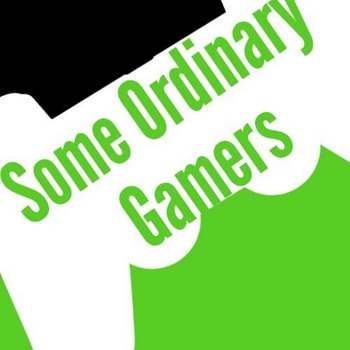 "Hello guys and gals, welcome back to another episode of TV Tropes."
Advertisement:

A web series hosted by a man by the name of Mutahar Anasnote Yes, that's his real name. True to its name, the channel primarily focuses on video games, though a popular (now former) feature of the show centered around the reading of Video Game related Creepypastas. Usually, Mutahar would first do a summary of the creepypasta in subject (he'd do it word-for-word if it was short enough, or if the experience required it, such as a fanfic). Then he'd give his opinion on it and explain whether it can exist or not, an obvious cue if he liked it it whether or not it was labeled as a Shitpasta. While he originally read a lot of creepypastas primarily from the Creepypasta Wiki, he eventually started to read almost exclusively from his own, with the occasional trollpasta thrown in for variety, with friends. Mutahar has also talked about cancelled games.

The channel has shifted features and focus over the years due to Mutahar's shifting interests and him wanting to keep the content fresh for both himself and the viewers. He has been exploring the deep web and recently, has talked a lot about malwares too. He has also done videos highlighting problematic parts of YouTube, including (but not limited to) the "ElsaGate" scandal and certain content creators performing contemptible actions. Gaming videos remain prevalent, however. He also occasionally livestreams, and though he now does this exclusively on YouTube, he used to stream on Twitch. Full playthroughs are also now seemingly limited to the streams.

, and an entire archive of his older videos can also be found here

. There is a SomeOrdinaryGamers Wiki

which is host to creepypastas, and ended up being the only place from where he would read creepypastas. His short-lived SomeOrdinaryPodcast was revived

in 2021, with fellow youtubers Nux Taku

Current and former features of the channel:

Games Mutahar has done videos on:

This channel exhibits examples of:

"This is me Mutahar from SomeOrdinaryGamers, and I'm out!"