Video Game / I See You 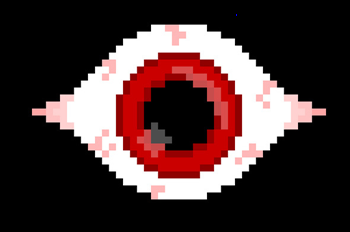 "I found you"
"In this game, a man finds himself trapped in a hospital. Find the keys to unlock the doors and escape."
—The creator's description of the game
Advertisement:

I See You is an indie horror game.

As the above quote indicates, the game is based on an unnamed protagonist waking up in an empty hospital. However, it soon turns out the hospital is not quite so empty...