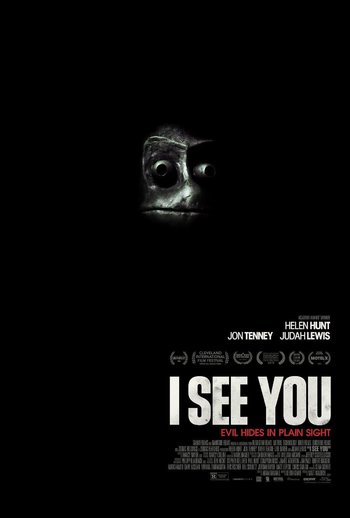 I See You is a 2019 American horror-thriller film by director Adam Randall and writer Devon Graye. Helen Hunt, Jon Tenney and Judah Lewis star as a suburban family struggling to cope with a string of seemingly unrelated events: an affair straining family ties, a surge of mysterious and disturbing goings-on about the house, and the abduction of a ten-year-old boy from a local park. Owen Teague and Libe Barer also star.

The movie was first released in 2019's SXSW Film Festival.

Not to be confused with the indie horror game.