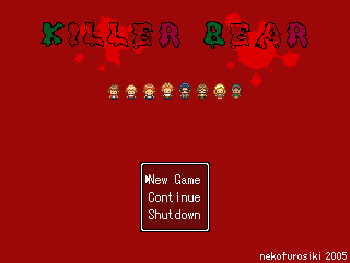 "Why don't we have a killer party tonight?"
Advertisement:

You play the role of a young boy named Mike who goes to his friend's house for a party. Everyone's having a fun time until one of them tells the story of Killer Bear, a killer who's still on the loose...

An English translation was released in 2013. You can download it here