There's a lot to be scared of in Advanced Warfare. Personally, this will possibly scar someone for life. 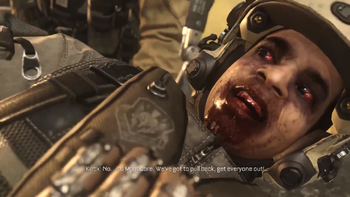 The effects of Manticore on Knox.