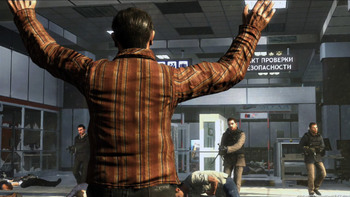 In a world like this, the victim could easily be you.