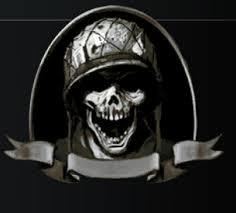 You will not survive.
Advertisement:

We all know that War Is Hell, right? And we are reminded of it on certain passing days. But this series does not sugar coat how bad war can be...and the tropers who have played this and attained nightmares (and probably browned pants) can attest to that whole-heartedly.

Advertisement:
RAMIREZ! Get the f... off the Nightmare Fuel page!