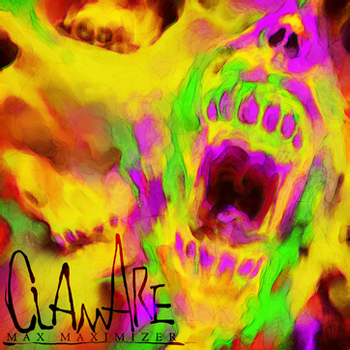 An album jacket fitting of one of Qrispy Joybox aka MAX MAXIMIZER's most terrifying boss songs.
Maybe it's a good thing most modern BEMANI games are arcade exclusives and that arcades are generally crowded spaces; imagine experiencing these moments in your room late at night.

As a Nightmare Fuel page, all spoilers are unmarked.