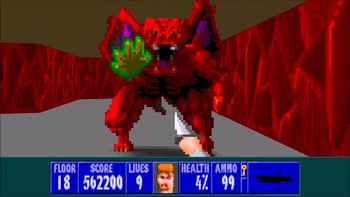 "PROVE YOUR WORTH, HUMAN."
It may be old and pixelated, but Wolfenstein 3d can still incite some bad vibes. It's not just because of the Nazis either.