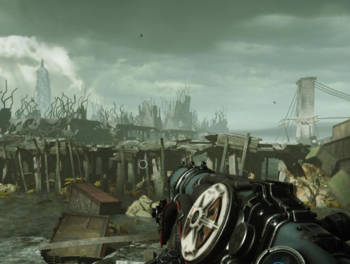 What was once New York City...

Between the horrors of a Nazi-controlled America, unflinching portrayals of abusive parents, and Frau Engel getting even more psychotic and despicable than she was in The New Order, there are a lot of nightmarish things in The New Colossus.

Grace: What are you thinking in a moment like that? When you know you're losing everything you love?