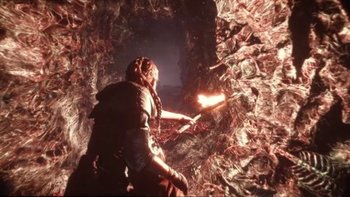 Yes, that is a human ribcage, making up the walls of a giant plague rat nest.
With the setting of the game, it's hardly surprising that the world is full of nightmares.
Advertisement: