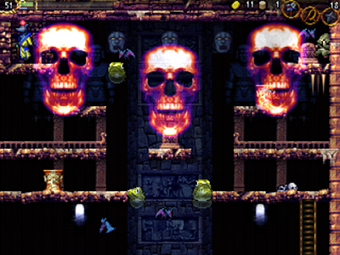 Mongrel who disobeyed the warning.
Taste bitter death.
Naturally, La-Mulana's titular Temple of Doom is riddled not just with challenging puzzles and enemies, but ways to scare away archaeologists from exploring further in their journeys.