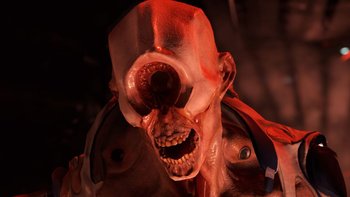 This used to be human.
"They promised me so much..."
— Olivia Pierce, mere moments before becoming the Spider Mastermind.

Remember, with great ripping and tearing comes great badassery... and a multitude of nightmarish horrors as well, no doubt.