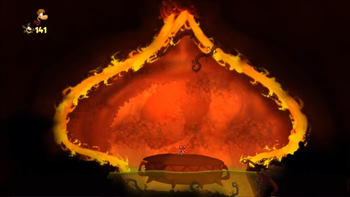 Bet you can't stomach the stomach.