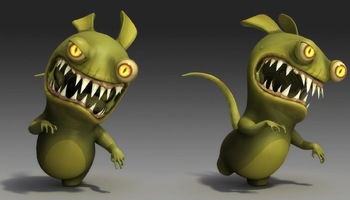 Fun fact: Ubisoft once considered making a Rabbids game with these designs!
Advertisement: