Darkstalkers, being a series that has monsters and supernatural entities as fighters, should serve as no surprise that there's some legitimately terrifying stuff in this series. 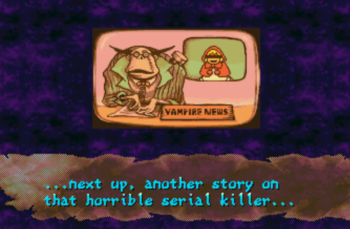 To answer your questions, yes, he's talking about a child, and no, he's not making this up...
Advertisement: