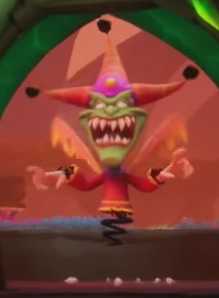 Betcha this guy will show up in your nightmares.

SPOILER ALERT: As a Moments subpage for Spyro Reignited Trilogy, all spoilers are unmarked as per policy. Venture past this point only if you dare! You Have Been Warned.