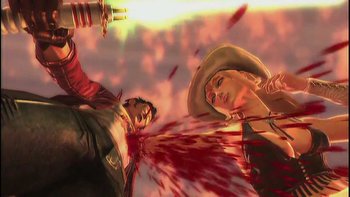 The massive amount of blood makes it even more horrific.