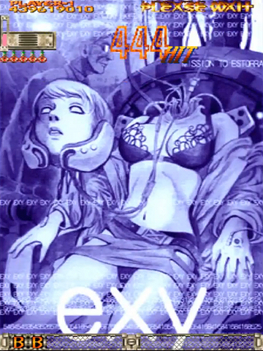 Stage Cle—OH GOD.note Also note that, by coincidence, the player finished with a 444 combo.
DANGER: This page is customized for advanced tropers. Proceed only if you have prepared yourself.
Advertisement:

Shutting down. Game Over.