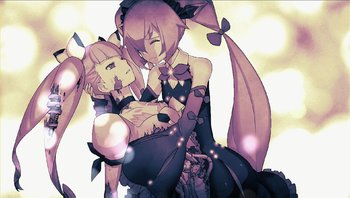 In spite of being a series of shoot em ups, a genre not known for gripping plots, the DonPachi series does have a few moments that may make you let go of the stick and buttons for a minute or two.