"I will not think about this. I am of the DonPachi Corps. I fly like a bee from the orders of my leaders."

The Pilot is the Player Character. The Pilot is not portrayed in official art until Saidaioujou, where they are dressed in a purple bodysuit with a purple helmet. 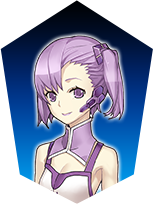 The Operator has never been named anything other than "Operator" although in SaiDaiOuJou she at least has a face. In DonPachi and Daioujou, the operator was a very excited man. 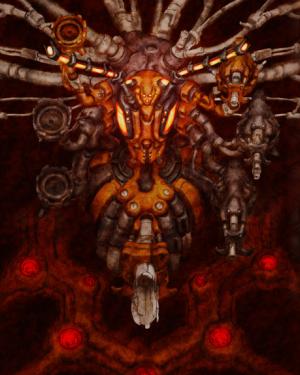 The ultimate weapon of the enemy robot forces, it is a gigantic bee that can shoot out a lot of bullets. Pictured to the right is not Hibachi itself, but rather Kouryuu, its regeneration chamber in DaiOuJou since Hibachi is actually too small to get an accurate image of (since it would be covered in bullets and lasers half as large as itself). A prototype of Hibachi called Taisabachi first appeared in DonPachi as the True Final Boss, and was considerably larger than Hibachi would be in DoDonPachi and beyond.

Colonel Schwarlitz Longhenanote His surname is sometimes written in English as Longhener, due to a translation error. 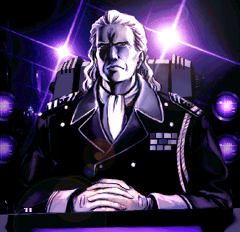 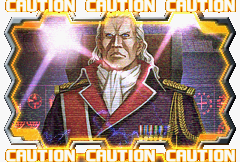 "Finally, it is time for you to die. Farewell."

The mysterious commander of the DonPachi Corps throughout the whole DoDonPachi game series (excluding DonPachi). 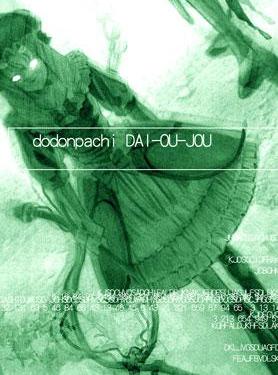 She was a playable character in Dai Ou Jou focusing on shot power and quantity of bombs. She returns in the form of Shooty as the boss of stage 5 of Dai Fukkatsu, now many times more powerful than ever before. She is described as being pure and faithful - formerly to her human pilot, and now in her obedience to Next EXY. 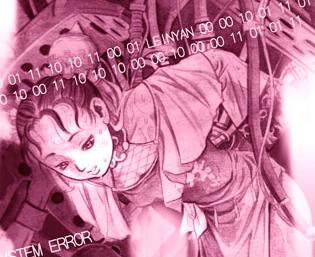 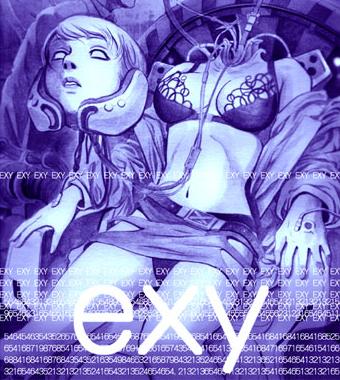 She was a playable character in Dai Ou Jou being excellent at both shot and laser power but having the fewest number of bombs. She returns in the form of Next EXY as the boss of stage 2 of Dai Fukkatsu, physically now the weakest of the original Element Dolls. She is responsible for rebuilding the killer robot army and traveling back in time to 2008.

She is introduced in DoDonPachi DaiOuJou Black Label EXTRA and is focused on being able to gain Hyper items more often. On the other hand, she starts with no bombs and her Hyper mode has a shorter duration. She is a prototype for a planned mass-production run of Element Dolls. Her programming is incomplete and her emotions are not fully developed. She only learned how to smile when her pilot smiled. 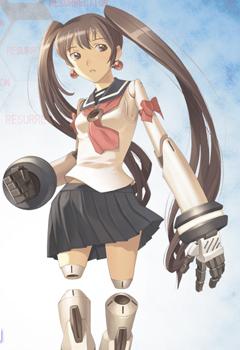 . Her original design was intended to assist senior citizens and make humans feel more comfortable. She is now the boss of Dai Fukkatsu stage 1. 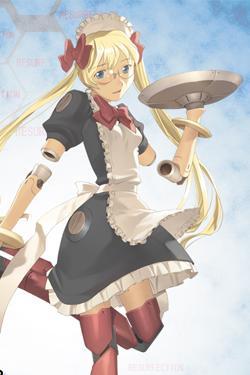 The boss of Dai-Fukkatsu stage 3, she supposedly has the highest potential power out of all the Element Daughters.

Ingram K. Daugh
A lead researcher at EVAC Industry. In the trailer for Maximum, he is shown boasting EVAC's military forces, and challenges the player to try out EVAC's Maximum Bullet Simulator (read: the game) to experience firsthand and develop appreciation for EVAC's advancements. 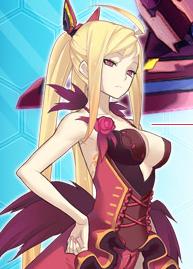 "You’ll be defeated if you lose your spirit."
Voiced by: Yukana

She is the Element Doll for the Type-A Deltasword fighter (red, straight-forward shot, fast movement speed) in SaiDaiOuJou. She has an extremely aggressive personality and believes that the best defense is an even better offense. 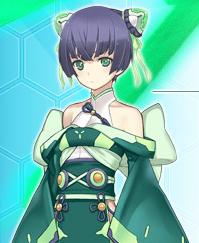 "I’ll win if I have Master, right?"
Voiced by: Eri Kitamura

She is the Element Doll for the Type-B Biaxe helicopter (green, turning shot, medium movement speed) in SaiDaiOuJou. Since she is a relatively new model, she is uncertain about herself and always looks to her pilot for guidance. 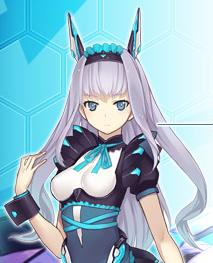 She is the Element Doll for the Type-C Spearhead bomber (blue, wideshot, slow movement speed) in SaiDaiOuJou. She has a calm personality, is as quiet as a mouse, and calculates her decisions carefully. 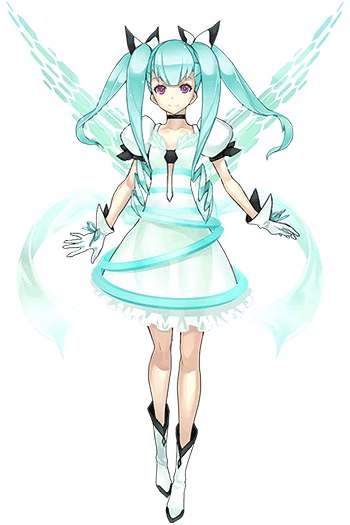 "For the sake of mankind's ascension, their worthless flesh must be dealt with. All those who oppose our plan shall be exterminated."
Voiced by: Aoi Yūki

Hina is the first of two Element Dolls manufactured as part of a project to create the ultimate Element Doll. She was programmed with a sisterly relationship to the other Element Doll, ED02 Saya, as well as an overarching directive to protect humanity. To improve her combat prowess (as well as her sister's), she was pitted against Saya in virtual drills. However, in doing so, she fell into a logical paradox due to the drills' directive to eliminate the enemy human pilot. As a result, she was kept in stasis while her sister was deactivated for data analysis. A few years following their shutdown, a massive explosion destroyed the laboratory they were kept in, and she disappeared without a trace. 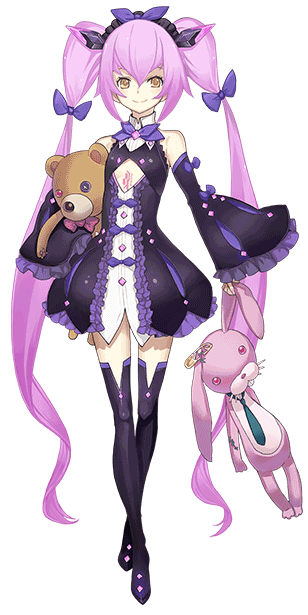 "Master’s enemy is my enemy. I will kill."
Voiced by: Aya Hirano

Saya is the second of two Element Dolls manufactured as part of a project to create the ultimate Element Doll. She was also programmed with a sister relationship to the other Element Doll, ED01 Hina, as well as an overarching directive to protect humanity. Following the discontinuation of the project due to Hina falling into a logical paradox, Saya was deactivated and had her data analysed. Some time later, she was reactivated and continued her duties as an Element Doll designed to protect humanity. When the DonPachi Corps was formed to counter Hibachi's attacks on the world, she was reprogrammed with an additional directive: to destroy Hibachi and, by extent, her own sister, Hina. As with the other Element Dolls, Saya is fiercely devoted to her master, the Pilot, and is designed to hide her feelings, but deep down, she is confused and hurt by what her sister is doing.

Saya is the console-exclusive Element Doll for the Type-D Ship in Xbox 360 Mode.