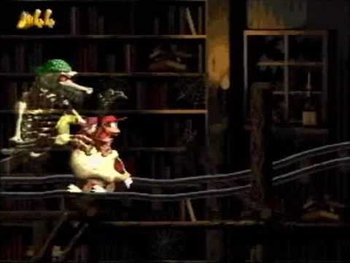 Being a series from Nintendo, Donkey Kong Country sure as hell doesn't lack the others' mood-swings from cheery and childish to genuinely frightening. Enjoy - From a Certain Point of View - Nintendo and Rare's use of the hardware capacities.

Donkey Kong 64 gets its own page. 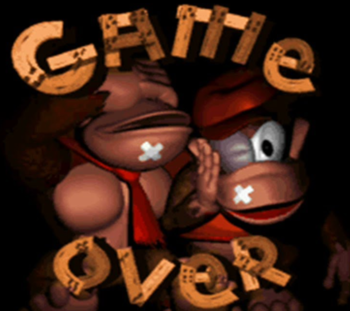 The Kremlings have won, and the Kongs are beaten. Sweet dreams.
Examples from Diddy Kong Racing 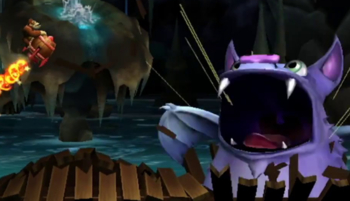 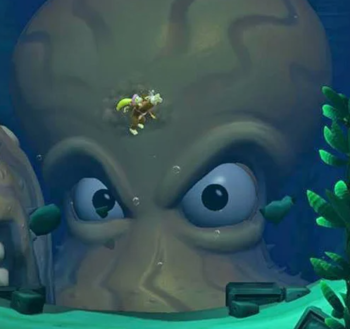 Did he get bigger?
Examples from the CGI cartoon