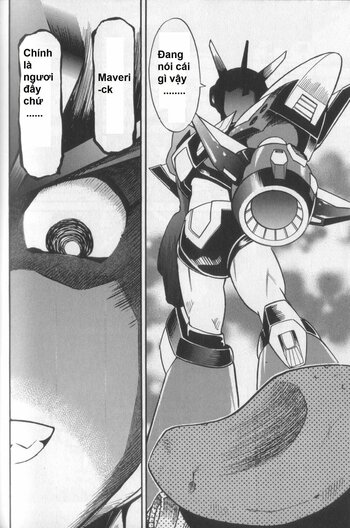 X sadistically flashes a Slasher Smile after killing Storm Owl, mad with power from the Ultimate Armor in the Rockman X4 manga.
Advertisement:

As the Darker and Edgier Sequel Series of the Classic series, this was to be expected.