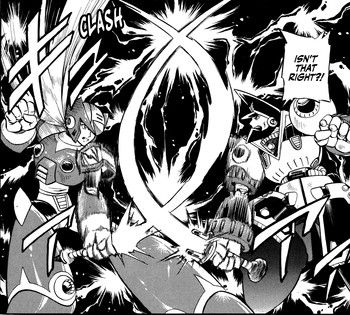 The two most powerful sword-wielding Reploids in existence battle it out in a clash of principles and justice.
Advertisement: