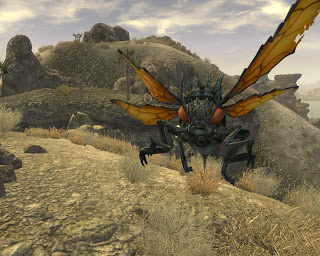 This is the reason you stick to the roads...

Don't worry, I won't have you lashed to a cross like the rest of these degenerates. It's useful that you happened by.
I want you to witness the fate of the town of Nipton, to memorize every detail. And then, when you move on?
I want you to teach everyone you meet the lesson that Caesar's Legion taught here, especially any NCR troops you run across.
-Vulpes Inculta to the Courier, should you reach the ruins of the town of Nipton.

Although civilization has been rebuilt in the Mojave, the world is still a post-apocalyptic hellscape, so expect dangers and horrifying moments that will keep you up...