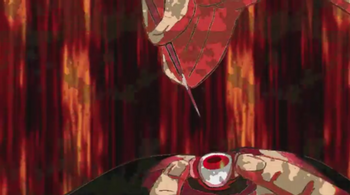 To become a puppet is to rid oneself of the pain and harshness of choice. Now nothing you do is your fault, now you belong to something...You belong to me....
Spooky's Jump Scare Mansion starts out fairly cute and innocent. But playing through the game starts to reveal some genuine horror under its cutesy surface...