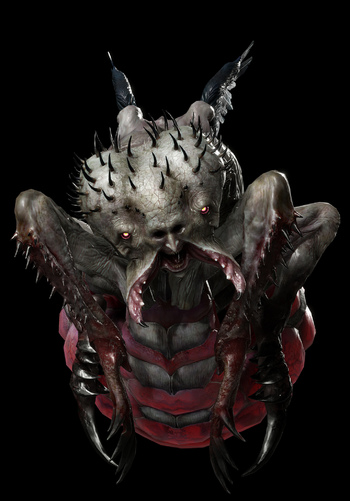 If you thought Molded, zombies and B.O.W.s weren't enough, then look no further than this critter. Courtesy of RE Engine.