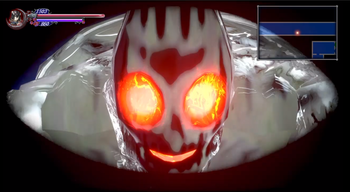 Gotcha!
It's not surprising that a Spiritual Successor to the Castlevania series would have plenty of Nightmare Fuel of its own.