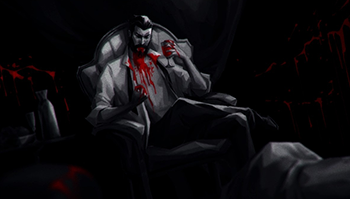 "Prey to lust and desire, slave to everlasting thirst."

London will be saved, but the player decides what will happen next. Unmarked spoilers below!