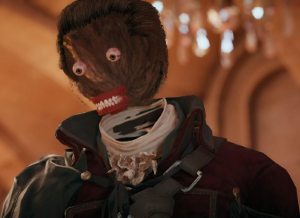 For once, it's not the Animus that produced this glitch.