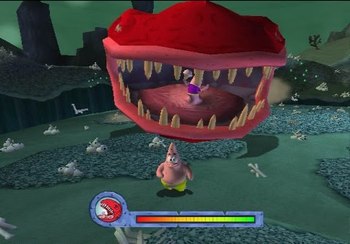 What kind of old lady are you!?
Bearing in mind this game is based not only on a movie that's actually darker than even the mainline series itself, but possibly THE darkest SpongeBob movie considered, this was inevitable.
Advertisement: