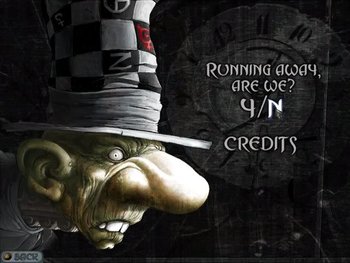 Well, if we weren't before, we sure as hell are now.
Advertisement:

American McGee's Alice, being an insanity-based game inspired by a creepy children's classic, is naturally full of horrors.