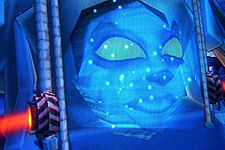 "I hate you, Cooper Gang! I will find you in your sleep and I will destroy you!"
Advertisement:

Alongside from its Batman-esque influences of film noir, the Sly Cooper series tends to have an edge of levity and goofiness to it... which makes it all the more effective whenever things really decide to get dark, as seen with several of the settings, a few of the themes, and, uh, Clockwerk. 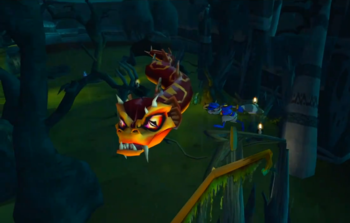 Not pictured: Sly begging for death so the pain would end!