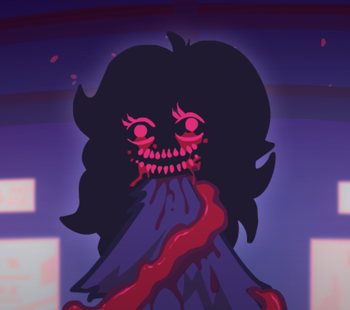 Don't let the charming art style and simple gameplay lull you into a false sense of security. This game can get surprisingly dark surprisingly quick.