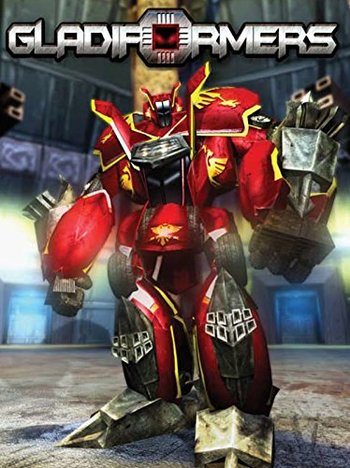 Gladiformers is a 2007 film by Vídeo Brinquedo. The plot revolves around a Prince named Julius Drive who was sold into slavery (somehow) and forced to fight to the death in the mechanical slaughterhouse known as The Centaris Gladiatorial Arena's. The movie has loads of Angra songs thrown in and it did well enough in its home country to have a sequel but it sadly has never been dubbed in English.

Hilariously, they did the "robot gladiators" thing years before Real Steel did.