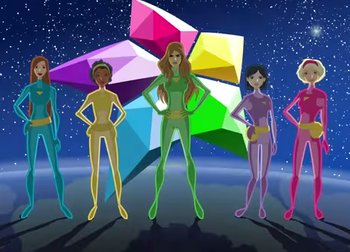 Gisele and the Green Team was an animated property developed by Genius Brands International in 2010. It stars the model Gisele Bündchen as an environmental activist and superhero who, along with four other Green Team members, foils the nefarious deeds of master polluter Nick Slick and his cronies.

Every episode was only three minutes long. Three seasons were made, for a total of 26 episodes.