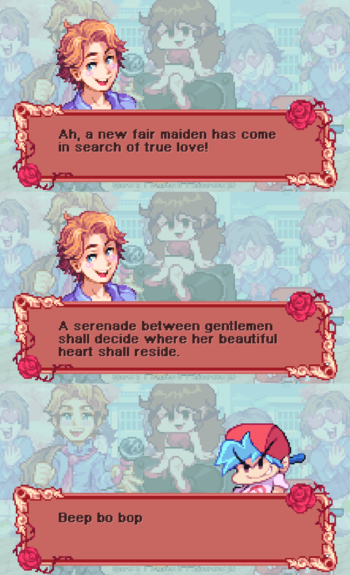 This is how The Boyfriend canonically talks.... to avoid conversation.

Being a sendup to retro Flash animation, it’d be a shame if we didn’t mention some of the utter nonsense that goes on.