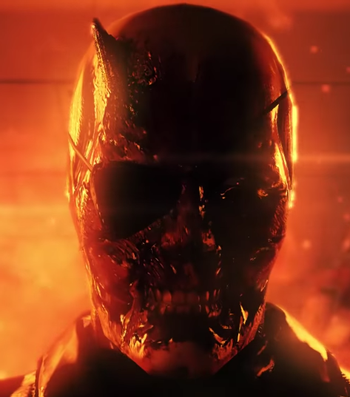 As the darkest games of the Metal Gear franchise, both Ground Zeroes and The Phantom Pain have some A-grade military terror.

Just to give you an inkling of how dark this game gets: We've changed that picture to your right four times between the release dates of Ground Zeroes and The Phantom Pain.

And if all this wasn't dark enough for you: ALL SPOILERS WILL BE UNMARKED FROM HERE ON OUT, WOOOOHHH!!!

"Cipher sent us to Hell, but we're going even deeper...take back everything we've lost!"